The Aeneid, translated by John Dryden 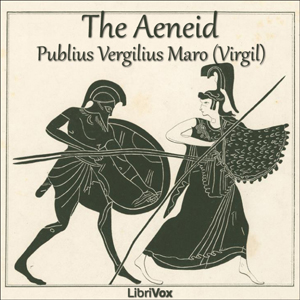 The Aeneid, translated by John Dryden

The Aeneid is a Latin epic written by Virgil in the 1st century BC that tells the legendary story of Aeneas, a Trojan who traveled to Italy, where he became the ancestor of the Romans. The first six of the poem's twelve books tell the story of Aeneas' wanderings from Troy to Italy, and the poem's second half treats the Trojans' ultimately victorious war upon the Latins, under whose name Aeneas and his Trojan followers are destined to be subsumed. The poem was commissioned from Vergil by the Emperor Augustus to glorify Rome. Several critics think that the hero Aeneas' abandonment of the Carthaginian Queen Dido, is meant as a statement of how Augustus' enemy, Mark Anthony, should have behaved with the Egyptian Queen Cleopatra. (Summay by Wikipedia and Karen Merline)

Uploaded by librivoxbooks on October 19, 2008